This is a forwarded message – I do not know who wrote it.  I agree with some observations and disagree with some.  I leave it to readers’s judgement to take it or leave it.

Quote “Is the Corona Virus a deliberate Bio-warfare attack by China virtually amounting to WWIII? The speculation doing the rounds on the net Looks So Logical…Read on its a bit Lengthy but SPINE- CHILLING!

.After all Chinese Stock Market didn’t crash….American and European Markets did…. Destroy other markets and be ready to capture them in every How to dominate the world quickly?

THE GREAT CHINESE Design
STAGE 1. Create a virus and the antidote. 2. Spread the virus. 3. A demonstration of efficiency, building hospitals in a few days. After all, you were already prepared, with the projects, ordering the equipment, hiring the labor, the water and sewage network, the prefabricated building materials and stocked in an impressive volume. 4. Cause chaos in the world, starting with Europe. 5. Quickly plaster the economy of dozens of countries. 6. Stop production lines in factories in other countries. 7. Cause stock markets to fall and buy companies at a bargain price.

. It’s all the Worth pondering.. Just Think about this… How come Russia & North Korea are totally free of Covid- 19? Because they are staunch ally of China. Not a single case reported from this 2 countries. On the other hand South Korea / United Kingdom / Italy / Spain and Asia are severely hit.

How come Wuhan is suddenly free from the deadly virus? China will say that their drastic initial measures they took was very stern and Wuhan was locked down to contain the spread to other areas. I am sure they are using the Anti dote of the virus. Why Beijing was not hit? Why only Wuhan? Well ..Wuhan is open for business now. America and all the above mentioned countries are devastated financially. Soon American economy will collapse as planned by China.

China knows it CANNOT defeat America militarily as USA is at present THE MOST POWERFUL country in the world. So use the virus…to cripple the economy and paralyse the nation and its Defense capabilities. Lately President Trump was always telling of how GREAT American economy was improving in all fronts. The only way to destroy his vision of making AMERICA GREAT AGAIN is to create an economic havoc. s. Wuhan,s epidemic was a showcase.

At the peak of the virus epidemic. .. China’s President Xi Jinping…just wore a simple RM1 facemask to visit those effected areas. As President he should be covered from head to toe…..but it was not the case. He was already injected to resist any harm from the virus….that means a cure was already in place before the virus was released. Some may ask….Bill Gates already predicted the outbreak in 2015…so the chinese agenda cannot be true. The answer is. ..YES…Bill Gates did predict. .but that prediction is based on a genuine virus outbreak. Now China is also telling that the virus was predicted well in advance. ….so that its agenda would play along well to match that prediction
.
China,s vision is to control the World economy by buying up stocks now from countries facing the brink of severe ECONOMIC COLLAPSE. Later China will announce that their Medical Researchers have found a cure to destroy the virus. Now China have other countries stocks in their arsenal and these countries will soon be slave to their master…CHINA. Just Think about it … The Doctor Who declared this virus was also Silenced by the Chinese Authorities…” End Quote. 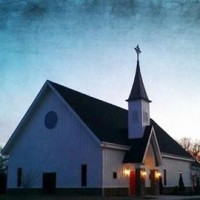 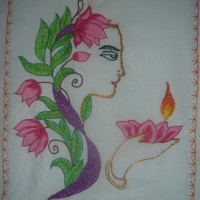 Never have I ever

Fighting against cancer while keep on doing what i love, travelling

Sermons, blogs and other things from Pastor John Partridge

Drinking from the Saucer

Because my cup runneth over

No matter your mood, there’s a great book to suit it.

Learn Traditional Skills from Chettinad and Serve the Society