You PIERCE My Soul.
I am Half Agony,
Half Hope
I have Loved NONE
but You!
I was in Love and
she was non-committal
would-be far-in-law very furious
I had tried every persuasive Trick in my repertoire and
Lost my Sweeart!
Mom wasn’t a Help
A School Head-Mistress
and a widow
she was a tough lady.
When would-be-far-in-law
tried to make a Pass –
she gave him a Punch in face
and broke his front teeth and Jaw!
I was heartbroken!

Fellow Toastmasters and Guests.
It was Aristotle, who broke down essential elements of persuasion into three parts:

(1) logos or logic
(2) ethos or ethic, and
(3) pathos or emotion.
Logos refers to logic, words, and reasons in your argument. “our narrative must fit toger like links in a chain or pieces of a jigsaw puzzle to form a coherent statement or argument.

Think, plan talk,
we organize points in a sequence from general
to particular, from start to conclusion,
with each point building on each previous point to form a persuasive argument.”

second aspect of persuasion—ethos—
refers to your character, ethics, and our believability when we speak. Increase credibility with our audience before and after our speech increases likelihood that listeners will accept our arguments and take action on our recommendations.

Pathos is emotional content of our presentation and most important.
When we move people at an emotional level
n we can motivate m to change ir thoughts and take a particular action..
My Mom said she’ll FIX it.
She’ll ARRANGE a marriage for me.
We sat on a Plane for first time.
My Pilot was Rajiv Gandhi.
Excited, we reached by Cab from Bhopal to Indore to see a Prospective Bride.

I was a Field Officer in a Fertilizer company.
Would be far in law was a bank manager.
He probed about my job and concluded
” It’s a Thankless job, you do! ”

I have..
I resigned 6 times.
No one leaves a good company.
We all leave bad bosses.
As a Recruiter, Boss and Leader I recruited. Thousands of people in 25 years…
I was both, good and bad boss .
and accepted. hundreds of resignations, .
Before I sent people to HR for Exit interviews I would ask m
Have you finally, decided to quit after a logical, rational thought?
If answer was a firm yes, I would let people GO with a heavy heart but I would respect ir decision and told m so
If answer was non-definite I would ask m if y wanted help or decision support from me?
I would tell m if you still reach a decision to quit after my counsel. –
I will respect decision.
Many people stayed back.
I persuaded. well.
last example, I was a salesman at 12.
I had medical reps much elder to me as my friends.
Mr. Rao was 40, Bald and energetic. (Don’t look at TMOD! OR GE please ! )
He represented Warner Hindustan and always gifted us sample bottles of Waterbury’s compound.
He tried hard to convince Top doctor in city
who was my uncle and never prescribed Waterbury’s compound.
He tried all tricks in his book which were ethical, logical and emotional – all. persuasive types.
One day, he found my uncle ready to sit in car,ready to go home and he asked him.
Doctor, I . tried every trick I learned in past 20 years with you for past 3 years but why. have I not succeded to convince you.
May. I now surrender before you and ask you -= How to convince a Top Doctor like you.
My Uncle laughed his 7 story Laugh. His ego satisfied, inflated. He drove away. Did not say a word.
But he prescribed Waterbury’s compound reafter to one and sundry.
Now that’s power of persuasion.
Ladies and Gentlemen, Never lose heart and manipulate ors – Persuade. It takes longer but we succeed.
To end, let me give you a Quote –
How quick comes reason to approve what we care about?
Let us Persuade, Convince,
Understand ors first before ors understand us,
and Win Victories and friends for life.
Over to you, ToastMaster. 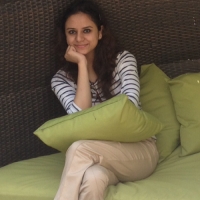 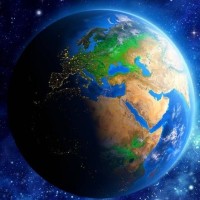 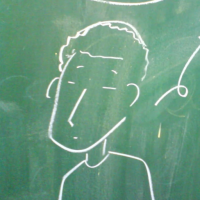 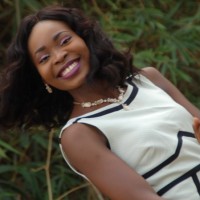 What you think....that you are✨

Aspiring to be the best at writing. Poetry lover, haiku and free verse to be precise, I hope to one day master

Why choose.. lets go with both

A inward journey in this outside world.