… that today is the start of Kwanzaa? This 7-day cultural festival, founded in 1966 by Maulana Karenga, celebrates African and African-American heritage. Kwanzaa means “first fruits of the harvest” in Swahili.

“You must remember, family is often born of blood, but it doesn’t depend on blood. Nor is it exclusive of friendship. Family members can be your best friends, you know. And best friends, whether or not they are related to you, can be your family.”

via You Can Learn Skills Faster With One 15-Minute Workout

via Most People Spend Their Time in Just 25 Places

via Neural Networks Have Advanced Beyond Our Understanding, and That’s Kind of Terrifying

Why does the Governments treat Farmers as Entrepreneurs like all other businesses and bring their produce under the ambit of GST.

The Agri produce which has Value Addition due to Processing can have a Value Added tax.

“Nothing in my life is going to change unless I make it so.”

The victim feels or acts like they are being victimized. Typically, the person in this role feels powerless, oppressed, and — on a deeper level — ashamed.
The persecutor is whoever the victim feels victimized by. Cast as controlling and malicious, people in this role often act angry, defensive, and condescending. (The persecutor is sometimes also a situation.)
The rescuer is a third party who gets indignant on the victim’s behalf and works industriously to “save” them from their persecutor.

via To Avoid Drama, You Need to Break the Karpman Drama Triangle

via There’s a Tree That Owns Itself in Athens, Georgia

via The 3 Types of Perfectionism Are Ruining Your Life

FROM THE ARCHIVE | The Christmas Truce of 1914: A Heartening Story of Humanity in the Middle of War

In December of 1914, a series of grassroots, unofficial ceasefires took hold of the Western Front in the heat of WWI. On Christmas, soldiers from an estimated 100,000 British and German troops began to exchange seasonal greetings and sing songs across the trenches, some even walked over to their opponents bearing gifts. The incident became one of the most heart-warming displays of humanity in the history of human conflict and was dubbed the Christmas Truce. 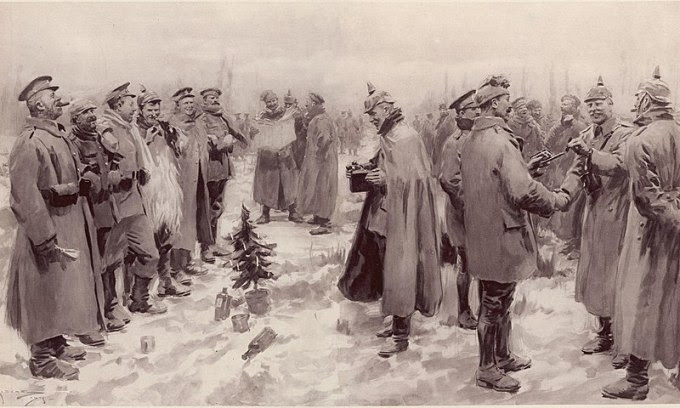 Depiction of the Christmas Truce of 1914 by artist A. C. Michael, originally published in the Illustrated London News on January 9, 1915, with the caption “British and German Soldiers Arm-in-Arm Exchanging Headgear: A Christmas Truce between Opposing Trenches.”

From the trenches, a 19-year-old British private by the name of Henry William Williams — a man of confounding contradictions himself, who would go on to become one of the most lyrical nature writers in the English language, an early admirer of Hitler, and an opponent of the Second World War — wrote to his mother on Boxing Day:

Dear Mother, I am writing from the trenches. It is 11 o’clock in the morning. Beside me is a coke fire, opposite me a ‘dug-out’ (wet) with straw in it. The ground is sloppy in the actual trench, but frozen elsewhere. In my mouth is a pipe presented by the Princess Mary. In the pipe is tobacco. Of course, you say. But wait. In the pipe is German tobacco. Haha, you say, from a prisoner or found in a captured trench. Oh dear, no! From a German soldier. Yes a live German soldier from his own trench. Yesterday the British & Germans met & shook hands in the Ground between the trenches, & exchanged souvenirs, & shook hands. Yes, all day Xmas day, & as I write. Marvellous, isn’t it?

This lovely short film captures the story and spirit of this symbolic moment of peace, grace, and humility amid one of history’s most violent and disgraceful failures of humanity. 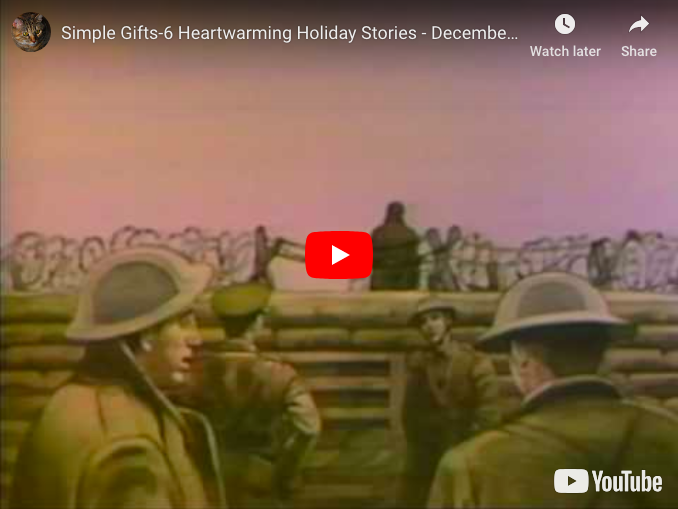 Complement with Eleanor Roosevelt’s little-known children’s book about Christmas and hope amid war.

via How to Actually Get Everything Done, Every Day

via Don’t Worry, You Made a Better First Impression Than You Think

via 5 of America’s Most Extreme Destinations

“…become master over yourself, master of your own good qualities… acquire power over your aye and no and learn to hold and withhold them in accordance with your higher aims…”

… that today, besides being Christmas in many countries (Merry Christmas!), is the birthday of Rudolph? Robert May created Rudolph in 1939 as an assignment for Montgomery Ward. The retailer had been buying and giving away coloring books for Christmas every year and it was decided that creating their own book would save money. May considered naming the reindeer “Rollo” and “Reginald” before deciding upon using the name “Rudolph.”

“My idea of Christmas, whether old-fashioned or modern, is very simple: loving others.”

via Watch What Happens Inside the Body When You Talk

via Think Twice Before Using Adderall as a Study Drug