via 10 Gross Cosmetic Products Of The Past – Listverse

Some very interesting Generated Idioms for the day:

Couple of incidents in the week and the day made me laugh out loud.

On a serious note, Every Mentor and mentee face these situations. The Startpreneurs preparing for bigger competitions ahead need to take inspiration from such random thoughts and using lateral thinking – attribute listing  as problem solving triggers to new and innovative ideas

#1 — Stop Doubting Yourself
“Doubt kills more dreams than failure ever will.” ~Suzy Kassem
Doubt is like a plague, and excessively doubting yourself is deadly.

Photo by Brunel Johnson on Unsplash
A doubter sees a once in a lifetime opportunity — and doesn’t take it. Why? Because it’s too risky. Or maybe it won’t work. Or the weather is bad. Or people might think you’re crazy. Or it’s never worked for you in the first place so why will it now? Or your friend says it’s a bad idea. Or you’ve never tried it before . . .

You can think of a hundred reasons why something won’t work. Anyone can if they let that voice of doubt speak.

“I don’t think you can do it,” says doubt. “Maybe you should stay the way you are.”

A tempting voice that plays on your comfort zones.

Stay a chronic doubter and you will destroy your future. It will cost you everything. So if you want to remain mediocrity’s beer koozie, fine, by all means keep doubting yourself. But you don’t have to. You can flip that coin over and choose to believe in yourself instead. No conditions. An unconditional faith in your potential.

“There’s many things to believe in. One of the majors is yourself. The understanding of self-worth is the beginning of progress.” ~Jim Rohn
To doubt yourself is to discount your own worth, to undersell, to think yourself LESS capable than you are. But when you reject that idea, when you throw off that cloud of doubt, it’s like opening a door out of a cage.

You set yourself free.

#2 — Stop Giving In To Fear
“The key to success is for you to make a habit throughout your life of doing the things you fear.” ~Vincent Van Gogh
Fear is like skin — we all have it. It’s a universal emotion that, in itself, is not bad. Fear is not the problem. It’s the bowing to fear, letting it control your choices, that puts holes in your boat and sinks you.

Photo by Melanie Wasser on Unsplash
Fear keeps you from taking chances. Fear whispers in your ear, trying to discourage any boldness in your life. Fear unchecked makes you weak. It snuffs out the fire that burns inside of you — the fire of unmet potential.

We’re all programmed to seek pleasure and avoid pain. But that programming is not as useful in today’s society as it was for our ancestors. Sure, fear is trying to help you, but it’s not always right. It’s good to give in to fear and run when you see a tsunami coming your way. It’s not good to give in to fear and make an excuse when presented with a unique opportunity.

To meet that special someone and tell them how you feel . . .

To stand on that podium and face that audience . . .

To start that promising venture that others say will fail . . .

To take that idea and make it into an innovative product . . .

Fear wants to keep you safe and secure, but success is beyond what’s safe, beyond your comfort zone. Fear makes you less than you can be, but only if you let it. Otherwise, fear is merely another emotion in your human tapestry — one that you can use to your advantage if you learn to conquer it.

“The fears we don’t face become our limits.” ~Robin Sharma
Declaw fear by taking control, by facing it, because only by acknowledging your fear and facing it head on can you put it behind you. Otherwise, for each time you let that fear stop you, that fear will grow taller and taller until it becomes a wall.

So be deliberate in your dealings with fear. Recognize it when you hear its whisper in your ear, its prickle down your spine, its echo in your thoughts.

#3 — Stop Being Cynical
“Watch what people are cynical about, and one can often discover what they lack.” George S. Patton Jr.
One of the most common places I see this is with regards to money. All the time I hear people call the rich “crooks” or “corrupt” which, though some certainly are, is not true. It stems from bitterness, perhaps the false belief that one cannot be wealthy also — a sort of negative, fixed mindset that, in its negativity, breeds a cynical outlook on life.

Photo by Emil Kip on Unsplash
Cynicism is a twisted sort of defense mechanism that never fails to find fertile ground. I catch those thoughts so often: to look at some misfortune or at someone else’s success and hear that little voice start to bicker in the back of my mind.

“Oh, that person’s got connections, that’s why he made it.”

“They’re all a bunch of criminals.”

Or the all-time favorite:

Cynicism is defined as an “inclination to believe that people are motivated purely by self-interest” or “an inclination to question whether something will happen or whether it is worthwhile.”

In short, cynicism is pessimism, doubt, distrust, disbelief, skepticism and outright negativity all rolled into one. Imagine pouring that into your subconscious mind day after day. Image what damage that sort of mindset would do. It will destroy all the good things you start. It’ll sure as hell make sure you don’t give your full measure.

Cynicism, deep down, breeds on fear. It thrives in bitterness and takes root in the wounds that haven’t healed. It’s a way of defending yourself from past hurts, a sort of armor, but in the end it becomes a prison.

“Cynicism is ultimately fear. Cynicism makes contact with your skin and a thick black carapace begins to grow — like insect armor. This armor will protect your heart from disappointment — but it leaves you almost unable to walk. You cannot dance in this armor. Cynicism keeps you pinned to the spot, in the same posture, forever.” ~Caitlin Moran
Do you want to be in the same place forever? Do you want to have the same mind, the same thoughts, the same habits, the same results as you’ve always had? Of course not.

Here’s the cure: optimism. To put it a less platitudinous way, adopting an outlook that does not discount things, that does not automatically assume the worst, that is positive, enabling, energizing: to believe things are worth doing, that life is worth living, and that you are worth all the effort it takes to make your dreams come true.

That you are worthy.

Cynics make fun of that very concept, and as for why, I’ll leave it to George Edgar Vincent to explain:

“The cynic makes fun of all earnestness; he makes fun of everything and everyone who feels that something can be done. . . . But in his heart of hearts he knows that he is a defeated man and that his cynicism is merely an expression of the fact that he has lost courage and is beaten.”
Cynicism is the attitudinal expression of defeat. Are you defeated? No. You have a fighting chance. You can still win. So be brave. Being a cynic is easy. It’s being an optimist that takes bravery.

And it is the brave who become winners.

Be Vigilant
“My teacher Jim Rohn taught me a simple principle: every day, stand guard at the door of your mind, and you alone decide what thoughts and beliefs you let into your life. For they will shape whether you feel rich or poor, cursed or blessed.” ~Tony Robbins

via Want To Avoid Mediocrity? Stop Doing These 3 Things

What different generations worry about
Here is what each one is the most anxious about:

via 51% of younger Millennials stressed most about relationships | Ladders

According to Dr. Martin Seligman, former president of the American Psychological Association, there are several differences between optimists and pessimists.

Pessimists explain negative events as a permanent fixture of their identity (something they can’t change). They view themselves (or life in general) as the problem, and there is nothing that can really be done.
Optimists

Optimists explain negative events as situation and short-lived. When something goes wrong, they focus on situational factors that can be altered and improved.

In my Mentor Column on Wednesdays Jay Mentor discusses with readers the Slogans. Do you have a Slogan? Have a look at the ones I chose for you below. Any of them make sense to you? Relevant to you? Appealing to you.

Do you think, you can expand, modify, change a wee bit and make these slogans look and work Great for you. Slogans are not merely for shouting from the hooters or rooftops – people like leaders who walk the talk.

Do you have it in you? Please go ahead and create and share your creation in the comments. I shall respond ASAP.

via Smashwords – Interview with DHANANJAYA PARKHE

“Forgiveness consists in loosening the bindings Of The duality in maya, Which makes you feel and find the One as many. Therefore ‘ I forgive you’ amounts to the loosening of your bindings.

Regardless of the accumulated dirt and refuse of sins, divine forgiveness burns them away in no time.” 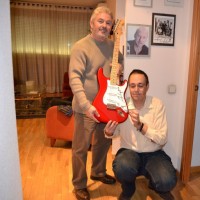 BY GRACE THROUGH FAITH