RYAN MCVAY/GETTY IMAGES
With U.S. household credit card debt at an all-time high of more than $1 trillion, delinquent payments can be more costly than ever. For companies, delinquencies can mean massive collection costs and write-offs of entire accounts. For consumers, delinquency can mean late fees, increased interest rates, downgraded credit scores, the loss of vehicles or homes, or even bankruptcy, despite their intentions to bring their accounts current by making a payment large enough to satisfy their credit card balance. Recent research indicates that simple modifications of automated phone prompts provide an inexpensive way for companies to help consumers make good on their intentions, benefiting both parties.

My colleagues Daniel Mochon and Dan Ariely and I collaborated with a large North American store that offers credit cards, aiming to study how to get recently delinquent customers to pay at least a portion of their balance. These are customers who have just missed paying at least their minimum payment and are therefore considered one month delinquent. Most credit card companies, including our collaborating card company, use interactive voice recordings (IVRs) — large-volume automated phone calls — to remind early-stage delinquent customers to pay. This assumes that there are only two groups of delinquent customers: those who are unable to pay and those who simply forgot. To take care of those who forgot, a short automated reminder is thought to suffice: “[Customer name], you have a past due amount. If you have already paid, press 1. If you are going to pay within the next three days, press 2. If you want to speak to an agent, press 3.”

However, we know from many other domains of life that people can have the best of intentions but fail to follow through on them. For example, many of us intend to save more money, live a healthier lifestyle, or start working on our taxes early instead of at the last minute. But life gets in the way; we procrastinate and end up not doing what we intended to do. My colleagues and I thought that this might also be true for some of the delinquent credit card customers. So we tested two separate modifications to the baseline IVR to see if they would help overcome this type of inaction in the case of recipients who indicated they would pay within the next three days.

Our first modified version added an interactive menu level that asked call recipients to select a concrete timeframe within which they would make their payment during the ensuing three days: “If you are going to pay within the next 24 hours, press 1” and so on, continuing through 36, 48, and 72 hours. We expected this intervention to prompt deeper mental engagement that would help them remember their intention.

Our second modified version added yet another interactive menu level right after this new one. Call recipients were asked to take a personalized pledge: “[Customer name], you have committed to pay [total amount due] within the next 24 hours. Press 1 to confirm your commitment to this pledge.” The idea was to strengthen call recipients’ sense of commitment to their expressed intention.

Over nine months we randomly assigned a small subgroup of the company’s early-stage delinquent customers, around 50,000 people, to one of the three IVRs. We found that compared with the baseline IVR, the prompt with the concrete timeframe increased customers’ likelihood to pay by 2.26 percentage points and led them to pay 0.23 days faster. Adding both the concrete timeframe prompt and the pledge increased the likelihood by 2.54 percentage points and the speed by 0.51 days.

What does this mean in dollars? The people in our small subgroup had a mean total amount due of $142. Some 15,000 indicated they would pay within the next three days. If all 15,000 had received the IVR with the timeframe prompt and pledge, instead of the baseline IVR, the improvement in response would have translated into an increase in immediate revenue of more than $56,000.

When scaled to a credit card company’s entire customer population, these interventions could result in significant revenue increases. Moreover, additional customers become delinquent every day, increasing the long-term revenue benefits of such interventions. In addition, they cost little, they scale easily, and they reduce more-costly later-stage collection efforts, which can include letters, live agent calls, and collection agency fees. Meanwhile, consumers benefit from avoiding the costs associated with debt delinquency.

These results demonstrate that even simple, minimal prompts delivered through automated, high-volume IVR calls can bridge the intention-action gap that so often prevents people from completing beneficial behaviors. Asking people to express their intentions more precisely about when they will act and to take a pledge could work in areas ranging from tax compliance to medication adherence to students’ procrastination on assignments. More generally, the results affirm that applying behavioral insights has great potential for increasing economic and individual well-being at low cost, as the recent work of Daniel Kahneman, Steven Levitt, Cass Sunstein, Richard Thaler, and others has shown.

Nina Mažar is Professor of Marketing and Co-Director of the Susilo Institute for Ethics in the Global Economy at Questrom School of Business, Boston University, and co-founder (with Dan Ariely) of BEworks, a behavioral economics consultancy.

via How Behavioral Economics Could Help Reduce Credit Card Delinquency 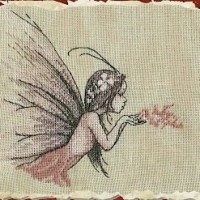 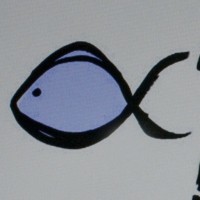 It's about life and the challenges of our daily living

hold a mirror up to life.....are there layers you can see?

Healthy ecosystems for a healthy life

Philosophical thought from an amateur and armchair thinker. No expertise, just speculation.

In the material and spiritual realm

Eulogy of the Sky

Where words find their home.

Poetry and Stories - Wisdom and Truth

Sharing the hope I've found in the center of His wheel

Life is a bubble, Make your bubble as delusional as possible!

so what? not everything has to make sense!

A literary journal of the Greenville Public Library

Frater 273 writings and books about Thelema, Magick, Mysticism and Art

Living Life to The Fullest

Myths, legends, folklore and tales from around the world

All about building life skills and becoming a stronger person

961 Aviation Spotters
View from the Back

The ramblings of a retiree who cycles and cooks in France

Who Watches the Watchers?

Story of 21 day lockdown due to COVID-19 fear. Kindly follow.